Since we started out in 2003, we’ve always handled the management, creativity and production for all our projects. That’s why we say we’re both an agency and a production company. This positioning makes us more agile and competitive, controlling our projects from start to finish and offering our clients a complete service.

To do this we have a multi-skilled management team made up of professional communicators, designers and audiovisual producers who lead and run the day-to-day work of the advertising and entertainment projects we work on at La Diferencia.

A filmmaker by vocation, and a screenwriter and producer trained at the Cuban Film School, the New York University and the Massachusetts School of Arts in Boston. At the age of 27 he founded La Diferencia, and since then he hasn’t stopped writing, producing and directing dozens of videos and advertising campaigns for clients of all kinds. In 2011, he combined his romantic idea of love with his enterprising nature to create the StreetMatching app, to help people hit by love at first sight in the street to contact one another. The app’s success lasted as long as a zero-budget viral campaign, though paradoxically in the same year Ed was one of the 25 Spanish entrepreneurs chosen by the Planeta publishing group to give testimony in the book Emprender es posible (Enterprise is Possible). He currently combines the creative management of the agency with writing and producing entertainment projects, highlights of which include the documentaries When a Dream Comes True and Empathy, winner of the People’s Award at the Greenpeace Film Festival and broadcast on television channels in Spain, the USA and Latin America.

Journalist and publicist with over 13 years’ experience in communication. At university, still aiming to become a journalist, he tried his luck as a writer with the Europa Press news agency, but soon realized that writing teletypes and covering press conferences was stifling his creative abilities. Since then he has chosen to work in advertising. He learned his craft in small agencies working for big clients. The best school. He worked on copywriting, accounts, creativity and production. He learned from experienced colleagues and some of the top professionals in the industry. With them he was lucky enough to create advertising for household names in the food, pharmaceuticals, banking and non-profit sectors. After six packed years he decided it was time to see things from the other side and signed for the multinational Roca as head of marketing content. There he realized that brands are much more complex when you get to know them from on the inside, and above all exploded the belief that it’s easier being a client. Six years later, more enthusiastic than ever, he returned to the agency where he had grown up, this time to take the helm and keep up the high standard of management and creativity that are the stamp of La Diferencia.

Héctor is a designer, animator and advertising creative, but above all he’s the art director at La Diferencia. His passion for visuals and his skill with a pencil made him stand out throughout his education, scooping most of the drawing prizes.

He graduated in graphic design at EINA. He did the third year of his degree at Venice’s prestigious IUAV, where he was trained in the emerging new design discipline of Motion Graphics. A graphic and audiovisual solution in which he uses all his wizardry for our clients’ benefit.

His time in Italy naturally made a mark on him. Specifically, on his hands. There he discovered his great skill at sculpting and shaping three-dimensional objects. What Héctor didn’t expect was that one of his sculptures would be chosen as the centerpiece in the Venice university pavilion at the 2008 Biennale.

In Barcelona he carried on learning at small studios and was the official designer for the Sónar festival, where he burned out a few brain cells. Finally, in 2013 he joined La Diferencia, becoming one of its greatest assets.

Marta studied film and television at Blanquerna (URL), specialising in scriptwriting. Since then she has worked as a runner, camera operator, assistant director, editor, producer and director. Marta is not multifaceted, she’s much more. She can direct a project, organise a production, edit a video or even write a script. That is why she has a global vision, but also a detailed one, of all the phases of a project.  She is very creative, spontaneous, meticulous and, much to our dismay, she is a bit of a loony. Sometimes, in excess.

Luckily, she burns some of her energy dancing. Now, at the Apolo at night time and before as a qualified dancer from the British Association of Teachers of Dancing (BATD). Her passion for dance and music has led her to direct and produce several music videos, such as “RINGTONE” by the famous DJ R3HAB, with nearly 3 million views on Youtube.

At La Diferencia, she is our Account Producer: she manages our customers’ needs and coordinates the production of all projects. And she does so while answering WhatsApps on two mobiles simultaneously.

Carlota is our post-production manager. She studied film at ESCAC, where she specialised in editing. She’s so boss that her school financed her first short film “Adalamadrina”, where she debuted in style as a director, scriptwriter and editor at the prestigious Sundance Film Festival. Since then, she hasn’t stopped travelling around the world picking up awards, such as the Best Short Film at the Milán Film Festival and the Best International Short Film at Kortfilmfestival in Norway.

At 26 years of age, Carlota is a young film talent, and she proves it every day at La Diferencia with her great ideas, witty points of view and particular sensitivity for editing audiovisual pieces. It is a talent that she’s been feeding since she was young, when she spent most of her free time editing her own videos and analysing the Making Of videos of her favourite films.

Today, when she is not editing, Carlota is usually capturing moments on her analogue camera, creating 3D designs or drawing on her tablet, a talent that we also make the most of at La Diferencia when creating animatics. You can see how well she draws on her Instagram profile. 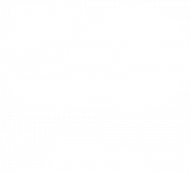